Fulmar chicks on the go – what is that? 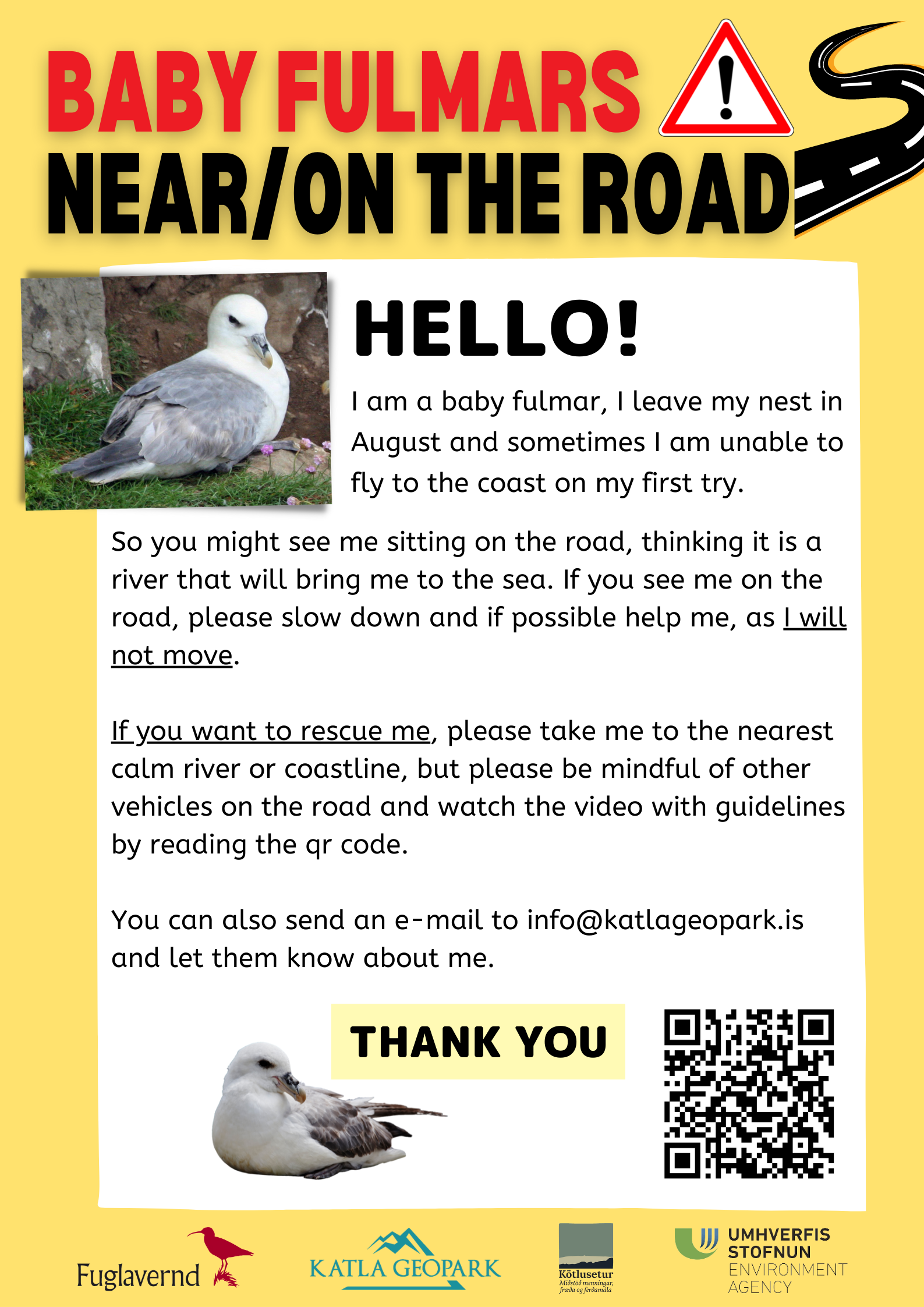 Fulmar (Fulmarus glacialis)  is a bird looking a bit like a seagull but it is not a seagull.

This time of year in august-September fulmar chicks glide from the nesting sills where they have been hatched and spent the whole summer being fed by their parents and usually looking great after the summer. They glide from the sill and the optional is that they land on the sea. But some of them don’t reach that far and land on fields, beaches or the worst place of all; roads! The problem for the Fulmars the next 3-6 days is that they can neither walk nor fly. They are mostly seen on the flat sands and roads in Southern Iceland but they occur all around Iceland.

What to be done about a stranded Fulmar chick? More about that here.

Fulmarus glacialis is the second most common breeding bird in Iceland with 1.2 million pairs; 38 colonies are of international importance (≥10,000 pairs) and 81.5% of the population breeds within important bird areas (IBA).